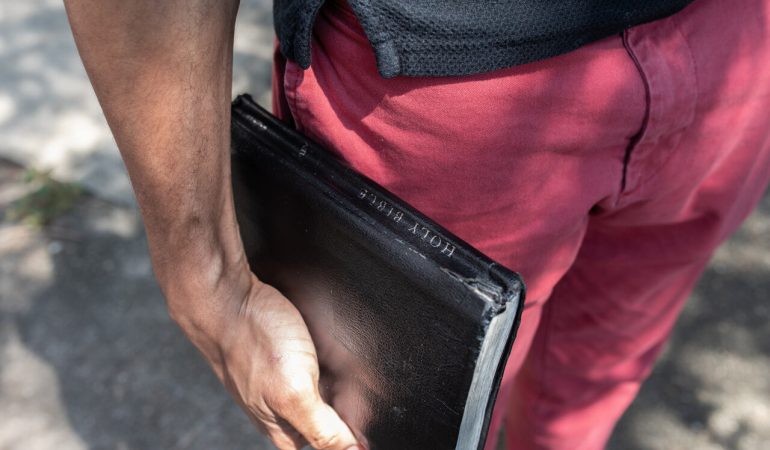 For many people who’ve experienced the death of a loved one, religion can help both find meaning in his or her passing as well as solace in the belief of an afterlife. Different religions have a different interpretation of what happens after death as well as different rituals that are supposed to help both the dead person’s soul and the family and friends mourning his or her death.

Religion, however, is also complicated and interacts with national and regional cultures differently. Although there are certain similarities in the Catholic rituals observed after a death, for example, there are also major differences between how those rituals are observed in Mexico, Ireland and Poland, even though all of those countries are strongly Catholic.

Religious frameworks can also shape not only the rituals that mourners follow, but also their actual grief process and how they understand death and bereavement. For example, it is not considered appropriate in most Jewish traditions to try to cheer mourners up, including by sending flowers. Similarly, in both Catholic and Muslim traditions a funeral can also be seen as a cause for celebration, because the deceased person is presumed to have moved on to a happier existence in the afterlife. These philosophical differences can dramatically influence the experience of grief, even for people who don’t consider themselves particularly religious.

While there could be a whole book written about religion, death and grief, here are some main points about grief and mourning rituals in major world religions.

Perhaps the most common and uniquely Catholic tradition is the viewing or wake, generally the evening before the actual funeral and burial where friends and family can see the body of the deceased person and pay their last respects. For many mourners, being able to see the body of their loved one and say goodbye is an important part of starting the grieving process.

Catholic tradition also dictates the length of time that family members should grieve—and during the mourning period spouses, children, parents and spouses of the deceased are expected to wear either all black or all white. In practice, most Catholics no longer follow the precise timeline for wearing black.

In contrast to the Catholic tradition, in Judaism the body is expected to be buried as soon as possible.

In terms of grieving, the most notable and visible part of grief in Judaism is the practice of sitting Shiva, a period of seven days starting immediately after the burial when the family of the deceased person stays at home to focus on mourning and grief. During Shiva, the family of the deceased isn’t expected to do any cooking or cleaning or any other work. Extended family and friends will visit the family’s home during Shiva, bringing food and/or doing chores.

Like in Catholicism, there are specific time frames for the family of the deceased person to be officially “in mourning,” to do good deeds in the name of the dead person’s soul and to avoid participating in events like weddings and festivals. There is no specific dress code or requirement for wearing black—although mourners are expected not to wear leather, and to generally dress in subdued colors.

Like in Judaism, the Islamic tradition is for the body to be buried as soon as possible after death, and there is no public viewing of the body. In a tradition similar to sitting Shiva, the immediate family of the deceased person will stay home in mourning for three days following the death, allowing visitors to do all cooking and cleaning. Unlike in the Catholic tradition, black clothing is not a part of Muslim mourning periods—people in mourning are expected to wear simple, subdued clothing but it does not have to be dark or black.

Some people find comfort in the rituals of religion, while others find that their grief timeline doesn’t fit the expectations from their religious community or that the death of a loved one has shaken their religious beliefs. Regardless of your religion, if you’re struggling with grief professional counseling can help you find ways to honor your loved one while moving forward with your life.