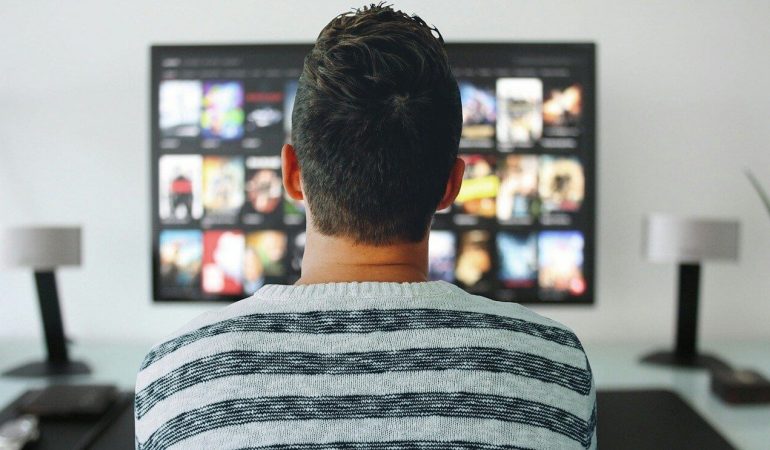 As we navigate through life, we’re bound to experience various types of grief at certain points. Grieving can be both mentally and emotionally exhausting, especially if you feel like you’re going through it alone.

Sometimes, seeing someone else go through a similar grief-related experience can help bring a level of comfort and safety. Whether the mirrored experience is real or fictional, that feeling of being understood can be restorative.

Movies depicting loss and grief can actually be a great resource for the grief healing process. Today, there are some great streaming movies that portray grief in various degrees of intensity and even humor.

Here are some movies we recommend watching if you’re struggling with loss and grief right now:

As the loss of his son throws him into endless bouts of mourning and drunkenness, Sam stumbles into the lyrics and demo tapes of his deceased son. Still amazed by his son’s musical genius, he soon uncovers his own life’s purpose—beginning only when he sings his son’s recorded song at an open mic night.

For his inconsolable grief, Sam finds catharsis in his newly found purpose, but not without setbacks along the way. Streaming on Amazon Prime.

The Rest of Us

This movie explores the life of two women and their daughters as they navigate the complications that followed the death of the one man they all have in common. The late man’s younger wife Rachel and her daughter Talulah find themselves navigating intense grief and financial setbacks buried by their late husband and father.

Rachel and her daughter are allowed to move in with her husband’s ex-wife Cami and her daughter Aster. As the story unfolds, all four ladies have to walk through their different storms together, hand in hand. Streaming on Netflix.

Manchester By the Sea

After the death of his beloved brother Joe, Lee is saddled with the responsibility of raising Patrick, Joe’s only son. As the plot unfolds, we find that Lee himself is a devastated man, struggling with depression, drunkenness, and an inclination to violence. Nevertheless, he has to raise Patrick. But this is not as easy as it appears, as the movie presses into the darker parts of Lee’s life and we get to understand why Lee would refuse the responsibility of raising Patrick. Streaming on Amazon Prime.

One Mile To You

Losing his girlfriend in a traumatic accident, Kevin soon discovers that running helps him connect to her, especially during his “runner’s highs”. While chasing her memory, he is able to run faster than he normally could! When a new woman enters Kevin’s life, what she finds is a mix of complicated emotions in a man profoundly devastated by the loss of his best friend and deceased loved one.

Outside the themes of loss and grief, One Mile To You seeks to uplift the viewer with soft themes of dedication and perseverance. Streaming on Netflix.

Following the abduction and possible death of his daughter Missy, Mack Philips is thrown into a spiral of depression and a crisis of faith that gets him to question his most fundamental beliefs. He receives a mysterious letter, suspected to be from God, urging him to a deserted shack in the wilderness of Oregon. Amidst doubts, Mack leaves his home for the shack, experiencing a life-changing encounter that will forever transform his beliefs about tragedy and the soul. Streaming on Amazon Prime.

Pieces of a Woman

After 24 minutes of traumatic home birth, the lives of a Bostonian couple Martha and Sean take a downward spiral. Following the loss of their daughter at childbirth, Martha isolates herself from her family and freezes up in distress and palpable grief. As the intensity picks up, Martha sets out to prosecute the midwife whose absence she blames for the unfortunate loss of her baby.

In Pieces of a Woman, we journey through the brutal struggles of a bereaved mother and a somewhat unusual healing process. Streaming on Netflix.

This is a movie that intersects memory and grief and how humans process loss. It takes on an extended narrative of mourning, regret, and melancholy, telling the story of the complicated family dynamics of a father and two sons as they navigate a tricky minefield of grief following the death of their mother. Streaming on Amazon Prime.

After the death of their father, the Leblanc family rally around one another. As demand for their family business takes an upward turn, David, the eldest of the five children and the new sole owner of the family business, later engages the services of his younger brother Andre, despite his lackluster lifestyle and drunkenness.

As the movie progresses, David discovers, years later, that his father died by suicide and not by heart attack as he was told by other family members, as he journeys to figure out why this was kept from him. Streaming on Amazon Prime.

Do you have other movies to add to this list? We’d love to hear about them!

Posted in Coping Strategies and tagged coping with grief, grief, grief strategies, grieving, loss, louder than bombs movie, manchester by the sea movie, movies about death, movies about grief, movies about loss, movies to stream while grieving, one mile to you movie, our loved ones movie, pieces of a woman movie, rudderless movie, shack movie, the rest of us movie, what to watch when grieving
← How to Create Your Own Memory Book After a LossHow It Feels to Lose a Parent to Suicide →
Scroll To Top